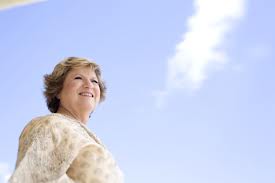 PHILANTHROPIST LIN ARISON TO SERVE AS GODMOTHER OF CARNIVAL SUNSHINE

Distinguished Arts Benefactor and Author to Preside at

MIAMI (July 30, 2013) – Lin Arison, wife of the late Ted Arison, founder of Carnival Cruise Lines, will serve as godmother of Carnival Sunshine, the former Carnival Destiny, which was renamed following a massive $155 million makeover earlier this year.
Arison will officially name Carnival Sunshine during an invitation-only ceremony held on board the completely transformed 102,853-ton ship at its new U.S. homeport of New Orleans, Nov. 17. During the event, Carnival will donate $25,000 each to the Miami-based National YoungArts Foundation and New World Symphony.
“Carnival Sunshine’s transformation was nothing short of spectacular and we wanted someone as special as Lin, who has a deep connection with Carnival Cruise Lines, to serve as godmother,” said Gerry Cahill, Carnival president and CEO. “Providing families with a memorable vacation experience is at the heart of our success and Lin’s passion for fostering the artistic development of youth through her charitable endeavors made her the perfect choice.”
“Carnival Sunshine holds a special place in my heart, and I am honored to serve as godmother,” said Arison.
Lin’s association with Carnival Cruise Lines dates back to the company’s inception in 1972 when she named Mardi Gras, the line’s first ship. She also served as godmother to Carnival Destiny — at that time the world’s largest cruise ship — when it entered service in 1996. She is the only person to be godmother to three Carnival ships, having also named the Holiday in 1985.
Arison has dedicated her life to the advancement of the arts and the support of young and developing artists in Miami and around the world.  Recently, she was awarded the 2012 National Medal of Arts by President Barack Obama for her contributions as a philanthropist and arts education advocate.
She is responsible for many of the major initiatives that sparked Miami’s cultural renaissance and, along with her late husband, founded the National YoungArts Foundation and its core program, YoungArts, as well as the New World Symphony (NWS) in Miami Beach.
YoungArts is an arts scholarship program that identifies emerging artists and assists them in their educational and professional development. Carnival is the premier sponsor of both YoungArts, which has supported more than 17,000 young artists over its 32-year history, and the New World Symphony, also known as America’s Orchestral Academy.  NWS is an intensive three-year fellowship program that offers young musicians a range of performance and educational opportunities in both domestic and international venues.
In addition to her many philanthropic contributions, Arison is an accomplished author, having published a memoir titled “A Love Story in Mediterranean Israel” and two books that blend travelogue, memoir and art history, “Travels with van Gogh and the Impressionists: Discovering the Connections” and “A Feast for the Senses: A Musical Odyssey in Umbria.” She also is executive producer of the Emmy-nominated miniseries “YoungArts’ MASTERCLASS” on HBO, as well as executive producer of the Oscar-winning HBO documentary “Strangers No More.”
Itinerary Information and Reservations
Carnival Sunshine debuted in Europe in May 2013 following an unprecedented transformation that introduced a host of on-board innovations, including a variety of dining, bar and entertainment options that are part of the Fun Ship 2.0 product enhancement program.
Carnival Sunshine’s many innovations include exciting top-deck attractions such as the SportSquare recreation area, a spectacular three-level Serenity adults-only retreat, and the WaterWorks water park featuring the longest slide in the “Fun Ship” fleet, as well as a wide range of engaging bars, including the RedFrog Pub, Havana Bar, EA Sports Bar, and the poolside BlueIguana Tequila Bar and RedFrog Rum Bar. Among the ship’s many dining options are Ji Ji Asian Kitchen, the line’s first full-service Asian restaurant, as well as the Fahrenheit 555 steakhouse, BlueIguana Cantina, and Guy’s Burger Joint, developed in tandem with Food Network star Guy Fieri.
The ship will make its North American debut with a series of seven-day Caribbean cruises from New Orleans November 2013 through March 2014.
Carnival Sunshine will sail a special 11-day cruise departing April 6, 2014, from New Orleans to Port Canaveral, visiting Montego Bay, Aruba, Curaçao and St. Thomas. Following a one-time two-day Bahamas cruise departing April 17, the ship will launch year-round seven-day Caribbean cruises from Port Canaveral April 19.
Carnival Sunshine’s year-round schedule from Port Canaveral includes port-intensive seven-day cruises to the eastern and western Caribbean, along with a number of eight-day Caribbean cruises and five-day departures featuring Florida, Caribbean and Bahamian ports.
Comunicato Stampa Carnival